“I’ve lived a little longer now and been through things. I’ve learned that it’s okay to have a song that isn’t a party song or an uptempo song. Now that I have people’s attention, I can release songs like ‘You Should Be Here’ and ‘Break Up in the End’ and show people that there’s a different side,” Swindell explains to Taste of Country and other media, speaking of the new project. “I’m thankful that I get to release songs that mean stuff to people.”

Tickets for the All of It Tour go on sale to the general public on Friday (July 20), with pre-sale beginning on Thursday (July 19). Fans who purchase tickets for the shows will also receive a copy of the album. Taste of Country is also giving a lucky fan the chance to meet Swindell at his show during the Indianapolis Motor Speedway as part of 2018 FGL Fest on Sept. 8.

Lauren Daigle returns with new single “You Say,” which bounds nto Billboard’s Christian Airplay chart (dated July 21) at No. 22 with 1.9 million audience impressions in the week ending July 15, according to Nielsen Music.

On the Hot Christian Songs chart, which combines airplay, streaming and sales data, the ballad opens at No. 33.

The song, which the Lafayette, La., native co-wrote, makes the highest entrance on Christian Airplay this year. It logs the best start for a non-holiday song by an unaccompanied female artist in over eight years, since Francesca Battistelli’s “Beautiful, Beautiful” bowed at No. 21 on March 20, 2010.

“You Say” is the first offering from Daigle’s second proper full-length, “Look Up Child,”due Sept. 7. The new single is the first song that Daigle penned since her debut LP How Can It Be, which ruled Top Christian Albums for 11 weeks and rises 5-2 in its 171st week on the list; it has earned 1.2 million equivalent album units since its April 2015 release. Daigle followed with the holiday set “Behold: A Christmas Collection, “which spent five weeks at No. 1 on Top Christian Albums beginning in December 2016.
“‘You Say’ was written at a time when I felt like things were getting away from me and, honestly, I was feeling overwhelmed,” Daigle tells Billboard. “This song became my anchor and my rock and it gave me truth. I hope it does the same for anyone that hears it.” 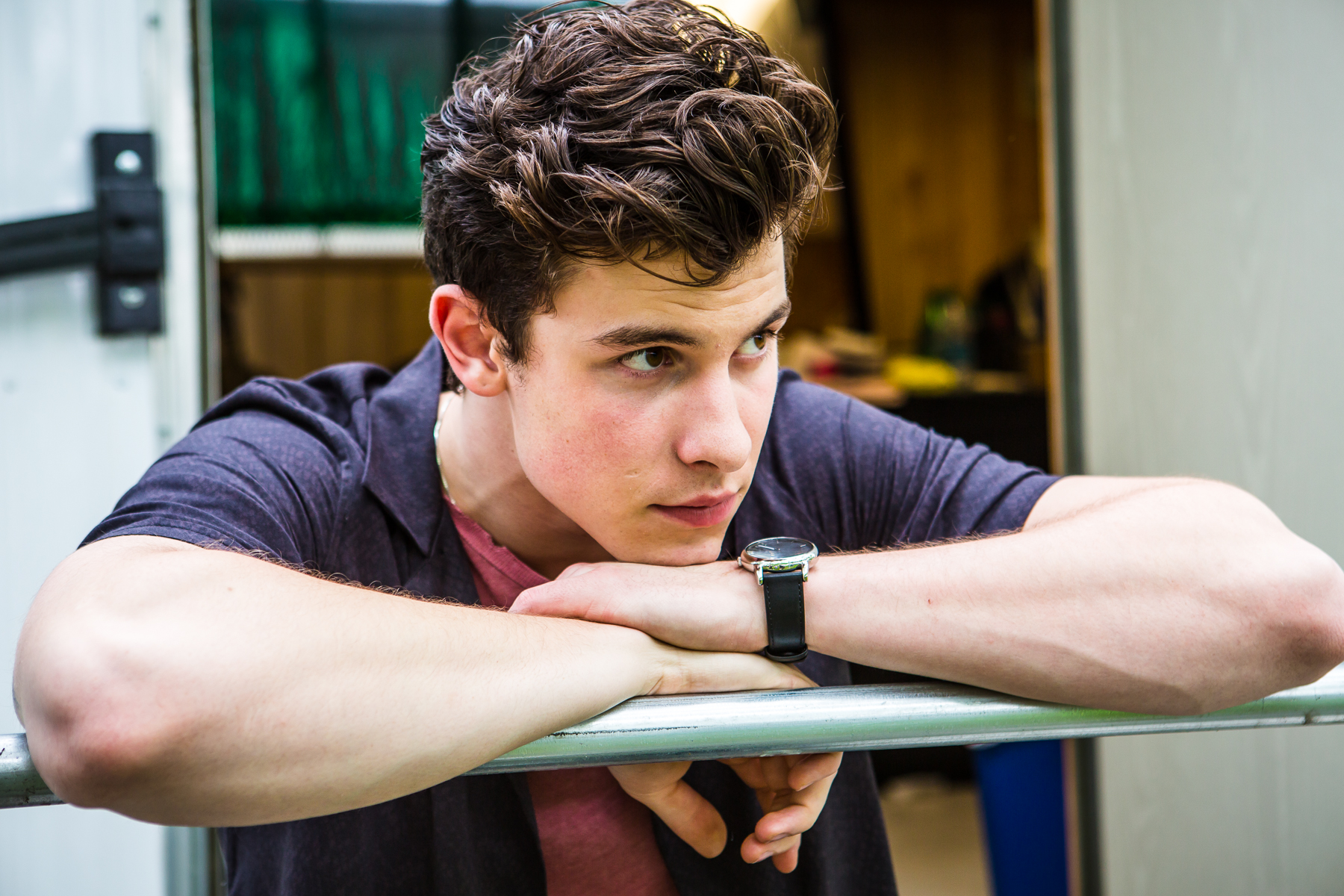 On July 26th, Rolling Stone will host 500 music industry insiders, influencers and a select group of fans at a raw industrial space in Brooklyn, as singer-songwriter Shawn Mendes headlines a special event presented by YouTube Music.

Mendes, who has scored seven consecutive Platinum or Multi-Platinum singles (soon to be eight with “In My Blood”), will perform live and participate in an intimate chat moderated by Rolling Stone staff writer Brittany Spanos. As part of Rolling Stone’s first live event under their relaunch initiative, the concert will be filmed for the Emmy-nominated series Live From The Artists Den.

The co-branded event kicks off a year-long partnership between YouTube Music and Rolling Stone, which will include exclusive integrated and immersive digital content, and various experiential consumer and artist experiences.

The Rolling Stone Relaunch event presented by YouTube Music celebrates the redesign of the magazine and website as well as the recent launch of YouTube Music.

Following the Shawn Mendes performance, talk, and party celebrating this key moment for the brand, the event will conclude with a special after party performance by the Grammy-winning Jamaican musical group Toots & The Maytals. The band’s prolific frontman, Toots Hibbert, was named one of the 100 Greatest Singers by Rolling Stone in 2010. Rolling Stone Relaunch presented by YouTube Music will air as part of the new Artists Den season on national public television.

RaeLynn is preparing to release more new music on Friday (July 20). The singer turned to Instagram on Monday (July 16) to post the cover of what’s presumably a new song titled “Tailgate,” according to tasteofcountry.com.

The former contestant on The Voice released her debut album, “WildHorse,” in March of 2017, and she released two singles from it, “Love Triangle” and “Lonely Call.” She dropped a new song titled “Queens Don’t” in March, most likely from an upcoming album, and fans reacted to her announcement of more music on the way with excitement.

RaeLynn teased fans with another, more cryptic post Tuesday afternoon (July 17), this one sharing a cover that was similar to her first post, but with a bridge added to the original image.

“Don’t tell on me #tailgate,” she writes to accompany the picture.

Broadway’s “School of Rock – The Musical,” Andrew Lloyd Webber’s stage adaptation of the 2003 Jack Black film comedy, will end its run at the Winter Garden Theatre on January 20, bringing a finale to an engagement of more than three years, according to deadline.com.

School of Rock, which began previews November 9, 2015, and opened the following December 6.

The musical currently has productions running on London’s West End and across the country on a U.S. national tour. An extended sit-down production at Her Majesty’s Theatre in Melbourne, Australia, begins October 31 before touring Asia.

School of Rock, which features young performers playing musical instruments, also has been performed by about 1,000 schools around the world in a special agreement between Lloyd Webber and R&H Theatricals, a division of Rodgers & Hammerstein.

The trailer cuts to various scenes of Sheeran being filmed throughout his creative process and touches on his journey as an artist. It even takes viewers back to his old high school and meeting with his old music teacher Mr. Hanley, who supported Sheeran’s musical growth despite early struggles.

The film also takes a look at how the singer juggles his travel schedule while writing new music on tour buses, at an idyllic Malibu estate, and on an epically luxurious cruise liner. It also offers insight into Sheeran’s working relationships with legendary producer Benny Blanco and musicians such as Amy Wadge, Johnny McDaid, Foy Vance, Ryan Tedder, and Julia Michaels.
The film is described as an intimate and personal look into the writing process of Sheeran’s latest album ÷ and his thoughts about making the album that he considers “the peak of his songwriting and musical ability.”

“Songwriter gives viewers a unique glimpse into the songwriting process,” Sheeran said in a press release. “Murray’s film brilliantly documents the hard work and DNA that goes into creating a song from start to finish.”

The film, directed by Sheeran’s cousin and filmmaker Murray Cummings, will be premiere at the Berlin Film Festival later this year and will make its Berlin Film Festival this year and North American debut at the 2018 Tribeca Film Festival. The film will have a theatrical release in New York on Aug. 17 and Los Angeles on Aug. 24 before being available worldwide exclusively on Apple Music on Aug. 28.
“I decided to make something different,” added Cummings about being able to provide an authentic look into Ed’s life and creative process as only family can. “I wasn’t going to show fame. I didn’t want paparazzi, screaming fans or big stadiums. I didn’t want to have sit down interviews because I didn’t want to tell the audience how something came to be, I just wanted to show them. And I wanted the focus to be the songwriting.”

http://tasteofcountry.com/kip-moore-2018-tour-dates-after-the-sunburn/
Kip Moore is following his Plead the Fifth Tour with a headlining fall trek. The 2018 After the Sunburn Tour will kick off on Sept. 20 in Maryland and run through November with stops in Los Angeles, Nashville and New York City, among other cities, according to tasteofcountry.com.

“Anyone who knows me, knows that the live show means everything to us,” Moore admits. “It’s where we get to thank our diehard fans that show up to every show year after year, and it’s also where we get to lay all of our cards out on the table and win over new fans. I’m excited to get out to some cities we haven’t played a full show at in a while and with all the awesome acts we have joining us, it’s going to be a hell of a fall!”

Moore will be bringing along special guests Jordan Davis, Jillian Jacqueline, the Wild Feathers and Caroline Jones on various dates. Tickets for his 2018 headlining tour will go on sale on July 20 at kipmoore.net.

In addition to a packed touring schedule, Moore is hard at work on not one, but several follow-up projects to his 2017 album, Slowheart.